The enchanting village Čičmany [1] is located in central western part of Slovakia enclosed by mountains Strážovské vrchy. Originally founded in 1272, the village has been declared a national monument of folk architecture in 1977 (Národná kutúrna pamiatka –  rezervácia ľudovej architektúry) due to its unique architecture, traditional clothing and embroidery. There can be found 33 listed objects  – log houses decorated with ornaments in white colour. Through the time, these patterns has developed from simple geometrical drawing into complex art and  have become a part of village´s identity, its trademark and national pride. It took me 25 years to pay this unique place a visit. I have had a good knowledge base going there as I have recently written a paper in school about it [2]. I am not going to bore you with more details. However, my obsession with folk architecture has to be elaborated further.

I have been frequently asked the question ‘What is there to see in Slovakia?’ and as majority of my friends are foreigners, I have often played a tour guide as well. It is not an easy job to do so here. Slovakia has no pyramids, the number of expectional landmarks is very limited, neither would you find great museums here. Bratislava, the capital of Slovakia, is nothing like those other great historic cities in central Europe, e.g. Prag, Vienna or Budapest. I used to be very intimidated by this fact and have struggled for a long time what to show my friends. You have to know, Slovakia has been a part of Kingdom of Hungary, later a part of The Austria-Hungary Monarchy, and has only recently separated from Czech Republic [3]. Therefore folk traditions and local architecture were the only mean to form a national identity and the high culture has been absent for centuries. Yet, I have learned to look at things from different angle when studying architecture. I have reased, folk music and dance, traditional costumes, and vernacular architecture should be considered the greatest Slovak monument with all its intangible aspects and the best part is, they are being embraced even nowadays.

Folk architecture is very unique and impulsive – it is never finished and constantly changing.[4] It is alive as long as there are people (folk) who maintain those traditions and it becomes extinct when the last member passes on. Unfortunatelly, folk architecture is lacking external publicity. You can read about renaissance palaces, gothic cathedrals, or english gardens – they all follow some specific set of rules, yet the folk architecture is a mystery. It works with random ideas, sometimes even very strange ones. That is the part I appreciate most about it.

However, Čičmany, its urbanism and structures themselves, is the only folk monument which was created based on plan. The majority of current urban pattern is based on master plan proposed in 1923 and most log-houses were constructed in 20th century. The reservation of folk architecture includes all in all 115 objects, 32 are listed on as heritage, yet only 3 houses have been built before 1921. Nevertheless, these objects represent a valuable documentation of original type of rural housing objects in the region, traditional building techniques and for the village characteristic decoration elements with unique emotional impressiveness.[5] Furthermore, the village is a rare example of preserving folk architecture under supervision of conservation experts, including architects and urban planners. Chosen approach to reconstruct the village as a whole unit after the destructive fires in 1907 and 1921 prove the historical and cultural significance of the place even at the beginning of 20th century. It is also one of few conservation projects in the central Europe from this period. We might not have Versailles in Slovakia but we definitely have plenty to offer as well – even some unconventional sights.

The best part about folk architecture is, you do not need a college degree to understand it. It is quite straight forward, made by people for people, pleasing your eyes. You can check out some samples from Cicmany in the gallery attached below. It is like entering a kingdom of gingerbread houses. 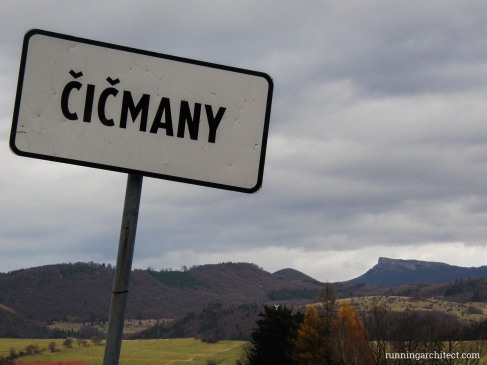 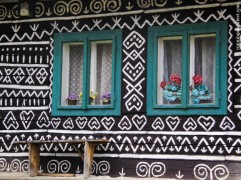 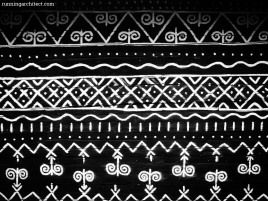 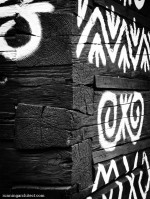 [2]  Living monuments vs. conservation – conserving heritage in use, case study Cicmany. If you are interested, please contact me and I will email it to you.

[3] The Slovak Republic was founded 1.1.1993. So it has been only 22 years of independency compared to centuries of being governed by other nations.

[4] There are roots of the term living monument.